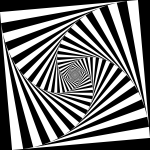 Once again, the United States is setting a record in the number of yearly mass shootings. It is no surprise since Americans seem to love owning and shooting guns, in fact, American own half of all the guns in the world, yet comprise only four percent of the world population. There have been about forty mass shooting this year in the country, with the state of Texas in the lead. At the same time as the shooting in Odessa, Texas, lawmakers passed legislation making gun purchases easier. The rational for such a dangerous move is the mistaken notion that more people with guns makes us safer. This is the best our representatives can do, but in the civilized world, a different approach is found to work.

Within the European block of counties are the world’s true democracies where there is universal health care, and its citizens are considered the happiest. There you will find stricter gun laws and most people do not own a gun, and as a result, gun violence is miniscule in comparison with the United States.

Here is the thing. In heaven there are no guns, and if you want to enjoy the Everlasting, follow the example. Here is a verse from the Veda to be with the Maker of this and that.

For the dying, the cause to draw into the nose is thought right to serve and come to return an iron chain worn around the loins to be comfortable with the Maker of this and that.