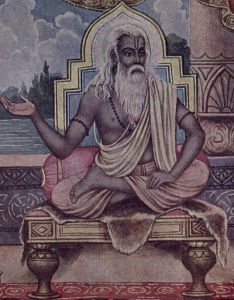 Vyasa – Believed to have scribed the Rigveda around 3,000 BC.

A recent Gallop Survey found that while about 75 percent of Americans feel the Bible is a Holy Text, only 24 percent take it as the actual word of God, a drop of 14 percent since 1976. The Rgvedaschool takes this as a positive sign since the Bible condones rape, murder, and slave ownership. There are silly rules about dress and inappropriate views about a righteous diet and the translations are extremely demeaning to women.

The translations of the Bible are atrocious. One hardly knows what to say in that a religion with over 2 billion adherents, cannot find even one scholar able to translate the Biblical Texts with any accuracy. It is very sad that every follower of the religion receives the wrong information to base his or her life.

The religion of Islam is no better than Christianity, and the translation of the Quran is just as dreadful as the Bible. Islam currently has about a half a billion less adherents than Christianity, but together these two religions comprise more than half the world.

It is a good thing to follow a religion, but if you are interested in Heavenly Bliss with the Creator of the Universe, you will need to follow the correct teaching. Today, the Rgvedaschool is the only place where an accurate translation of the Holy Texts can be found. Take your pick.

Here is a verse from the Veda to be shining like the sun in splendor.

The Enlightened Ones push the darkness to a far distance boundary of the sky to be visible and shining in splendor like the sun, while the days of a mortal fade away.